Well… I’m finding myself in the awkward position of having to defend Macs after YEARS of inherent dislike and PC support. Many of my friends have been trying to discourage me from getting anything Apple or Mac related which is exactly what I would have done a few months ago if someone told me they were going to buy a Mac. But after NCSS and my experience with newer Apple hardware and Snow Leopard, I can’t really think of anything to hold against Macs aside from price.

I’ve decided that I just can’t hold view and that perhaps I should buy what suits my requirements. I still dislike the iPhone OS and probably would go Android over iOS due to the limitations (that have been somewhat fixed in iOS 4 – multitasking, folders etc) but I personally think that a MacBook would work for me.

So I should probably try and explain it a bit I guess.

To do this, we go into my past as a primary school student in Year 3 (when I started getting interested in computers). My experience for the next 3 years would be Mac OS 9.. yes, that POS (opinions may vary here) that would freeze or crash everytime you sat down too hard near it. I became very familiar with the little triangle restart button on the iMacs and pressing that stupid Force Quit combination key – Command+Option+Shift+Esc, who the HELL came up with that combination! Virtually impossible to do! As well, I got used to Mac software which at the time was a really basic iMovie, iTunes, and Netscape Navigator (shudder).

At the end of Year 6, the school upgraded to Mac OS X 10.something which came with a shiny new UI and the DOCK! Ohh… was that impressive, afraid my experiences with the early OS X was not all the brilliant either, classic mode (shudder). Moving onto high school, I was in a 100% Windows environment and never really had to deal with Macs again, I believe that around this time, I upgraded to Windows XP from that bag of sick called Windows ME.

This Windows environment and my initial horrible experience with Mac OS 9 put me off Macs for aggesss. I did try the Mac life briefly in Year 9 when I borrowed my friends iBook G4 with OS X Tiger on it however I found two problems:

So Apple decide to release computer with Intel chips but by this stage I was going to be getting my own computer soon and I still had a really bad Mac after taste in my mouth after all those years. I got me a really good PC for the money (Quad core, 4GB RAM, 24″ LCD).

So along I tramp to NCSS where a significant majority of people there are MacBooks (James Curran!) and I got to use that 15″ MBP for a fair while. Snow Leopard and the hardware have moved on significantly since I last tried Macs was my final conclusion. I was in Sydney for a while after that and wandered down to the Apple shop and had a play with the smaller 13″ MBP. Apple release the newer 13″ MBP’s and it’s near tax time for my parents… things just seemed to add up I guess.

My reasoning for a MacBook!

PS: The only thing I liked about OS 9 was nanosaur and the fact that it was easily hacked and I locked the teachers out 🙂 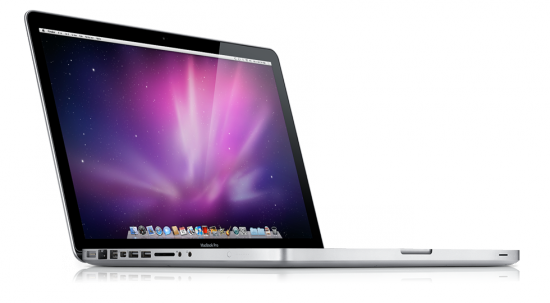 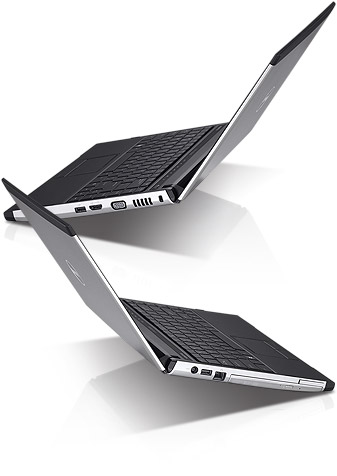 Yes, I know, for those that know me, this would probably come as a shock… I’m considering buying a MacBook Pro 13″ so I need help from those (lots of you NCSS guys) that own them/are fans.

Well, my reasoning is that the government gives that 50% tax back thingy up to $1500 spent so I could splurge a little bit and get a Mac this year for uni (because next year will have enough expenses as is without adding on the cost of a laptop). I already have a nice Q6600, 4GB RAM, 24″ LCD so I’m after something that’s portable.

What is the advantage of getting this 13″ MBP compared to say a nice 13″ Dell with an i5 and anti glare screen? Am I just paying lots for the design and Apple looks? I’m after portability here so battery life I guess is a fairly important factor as well as weight and size. I don’t want to lug a brick around all day.

I’m not sure if I want the power that the Dell would give (considering I do have a pretty good desktop though) or if I want the Mac which has perfected all the details (MagSafe, single glass trackpad etc) at the cost of a bit of performance… if that 13″ MBP came with an i3/i5 life would be so much easier!

So, I’ve been tweaking WordPress to get it to go faster (cause it can be a fairly slow at times) and it appears to me that it’s faster 🙂 but that could just be my wishful thinking? Does anyone else think that this is loading faster? I installed WP-SuperCache which generates static html versions of the site to show to unauthenticated visitors. I then used nginx to serve static content because it’s much better than Apache but I proxy all dynamic requests to Apache. And just to make things go even better, I enabled gzip and used the new WordPress image resize features to drop down the resolution of lots of photos!

So if that doesn’t make things go faster then I’m giving up! 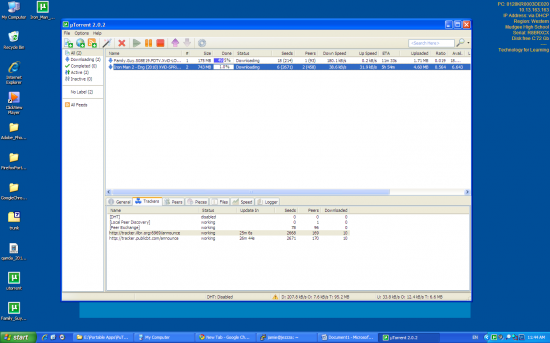 Our school seems to have gone a little bit lax with their security, you can just run any random exe you want (as a limited user of course). Which means I get CMD making life so much easier, Portable Chrome instead of crappy IE, PuTTY and uTorrent. Not sure what other apps I should use at school next, ideas?